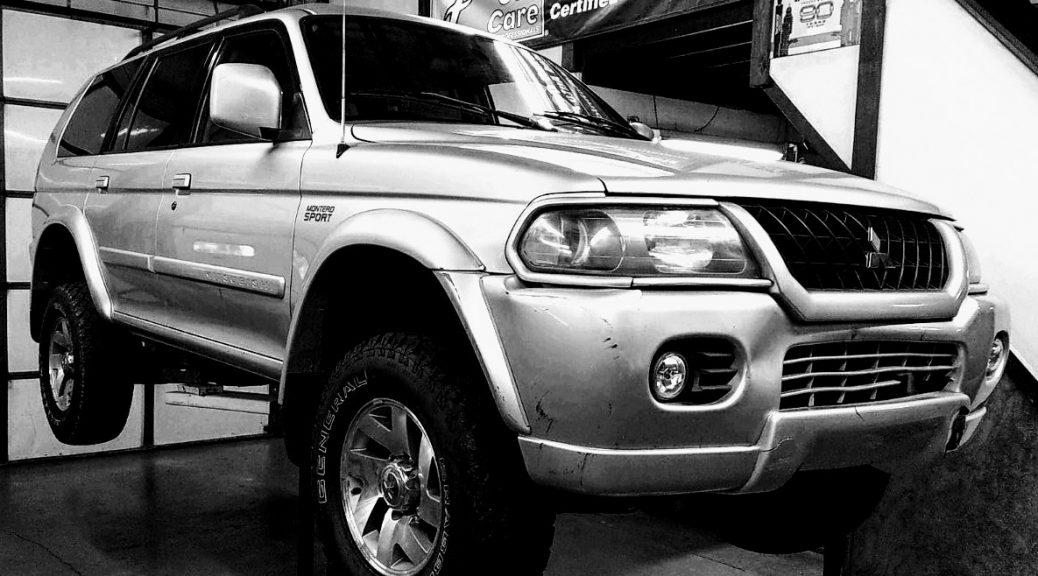 The montero is on the road and rippin’ again. It took a bit of work, but it’s going. The valves were all gummed up with some nasty carbon build up. I cleaned those and reseated them, and installed new stem seals. A new timing belt and tensioner was in order, along with a new crank bolt. The water pump for replaced, even though it looked fairly new. I wanted to eliminate the cats, but I’ll take care of that when I do the rest of the exhaust. I installed some new General Grabber AT2 tires also. There’s some before pictures. I didn’t take any after pics, but everything got a good cleaning. You could tell it had 188k on it and it was babied. Here she is getting her new shoes. The front bumper has some battle damage, but that’ll be addressed soon enough.